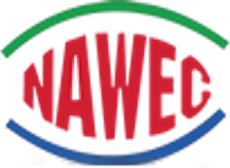 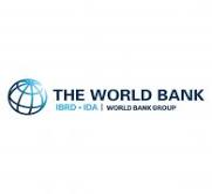 The Government of The Gambia (GOTG), with financing from the World Bank’s Gambia Electricity Restoration and Modernization Project (GERMP), intends to construct a High Voltage 225 kV Transmission and Distribution line from Brikama to Jabang at the edge of the Salagi Forest Park where a 225/33 kV substation will be built. Three 33 kV lines will also be built from the Jabang substation to feed the Bijilo, Old Yundum and Wellingara substations.

The transmission line will start at the edge of the Salagi Forest Park and go along the buffer zone of the Forest up to the Forest billboard at Jamwelleh about 1.8 km off the Sukuta-JambangJelly Highway. From the Forest billboard it will take a right angle along toward the border between Mariama Kunda and Jabang, Labakoreh, Yuna and Latrya before turning left, crossing the Sukuta-Jambangjelleh Highway toward the proposed Solar Power Plant in Jambur. 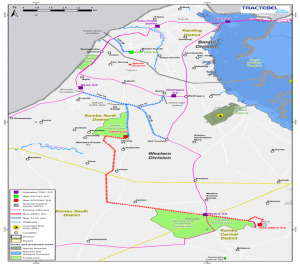 The T&D line route in red

The future Jambur Solar Plant will include a line that will go along the Bamba and Nyambai Forest Parks crossing the Brikama-Serrekunda Highway to the Brikama power plant.

All those whose land(s) will be affected by the Project (especially, those living within the above-mentioned corridor) are requested to contact NAWEC Project Management Unit (PMU) as soon as possible.

The Alkalos of these areas will inform the Project Affected Persons of the days they are supposed to meet with the consultant surveyors.

The team of consultants will be on site from Monday February 3rd to Monday 17th February 2020.   Please bring all documentation proving ownership or use of this land to the meeting with the surveyors.

Between Monday February 3rd to Monday February 17th, 2020, claimants who feel they should be included should contact the projects Grievance Redress Mechanism (GRM) through one of the contacts listed above, or visit the PMU office, located at Emporium Complex, 114 Kairaba Avenue, Kanifing Municipality, The Gambia to arrange a meeting with the surveyor.

Pre-activities will be starting at Brikama site on January 31st, 2020 by the team of consultants for introducing the context and explanation to surveyors.